Today, January 27, the world mentioned the international commemoration day in memory of the victims of the Holocaust. This year, the date commemorates the 75-year anniversary of the liberation of the Nazi concentration and extermination camp Auschwitz-Birkenau in 1945.

Seventy five years after the liberation of Auscwitz-Birkenau camp, anti-Semitism has not abated. In recent years, we have witnessed an increasing chorus of calls against Jews. We must not stand idly by while  this transpires.

The International Association of Jewish Lawyers and Jurists (IJL) was established in 1969 with the main purpose of fighting anti-Semitism and promoting human rights. To this day, the IJL sees itself as a legion of combatants in the ongoing battle against anti-Semitism, crimes against humanity, war crimes, racism, xenophobia, and holocaust denial.

Important campaigns such as #WeRemember for the promotion of holocaust education were recently launched. The IJL supports these important campaigns. Maintaining the everlasting memory of the horrors of the holocaust, as well as the environment that enabled it to thrive, undergirds the moral power that gives us strength to stand in our fearless battle against modern anti-Semitism.

This battle is not fought in vain. According to an anti-Semitism survey published by the Anti-Defamation League, one in four Europeans polled harbor pernicious and pervasive attitudes toward Jews. According to the most recent polled data from 2019, in Poland, 74% noted that “Jews still talk too much about what happened to them in the Holocaust”, 42% said the same in Germany. In Ukraine, 68% said that Jews have too much power in international financial markets. In Spain, 62% held that Jews are more loyal to Israel than to the country they live in, and more than 30% have said the same in both the UK and  France. This survey reminds us that even in 2020, anti-Semitism is prevalent, and it is up to each and every one of us to stand against it, to contribute to the struggle with it, and to educate against it, and drain its sources.

Anti-Semitism cannot be considered as a “Jewish Problem”. Fighting Anti-Semitism requires a joint effort by governments, parliaments, civil society and the public all over the world. It starts with the global commemoration of the memory of the victims of the holocaust today, and continues with remembering it every day. 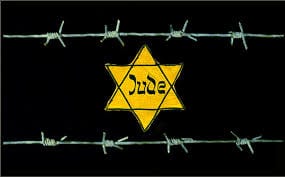